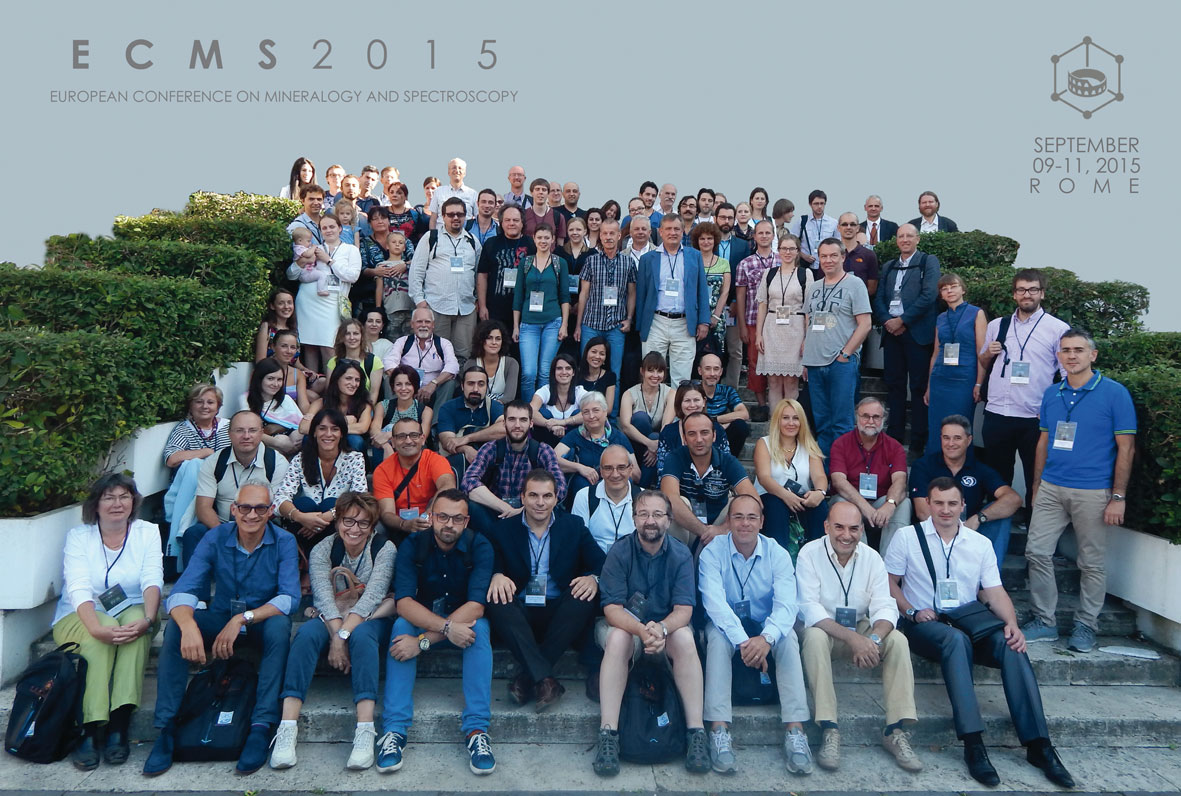 ECMS 2015 is the eighth edition of the European conference series organized since 1988. Previous editions were in: Rome (1988), Berlin (1995), Kiev (1996), Paris (2001), Vienna (2004), Stockholm (2007) and Potsdam (2011). The conference will hopefully reflect the philosophy of previous conferences and provide a common forum to present new ideas, concepts and results related to mineral spectroscopy. It will also offer an opportunity for students and young scientists to meet and interact with established, well-known scientists.